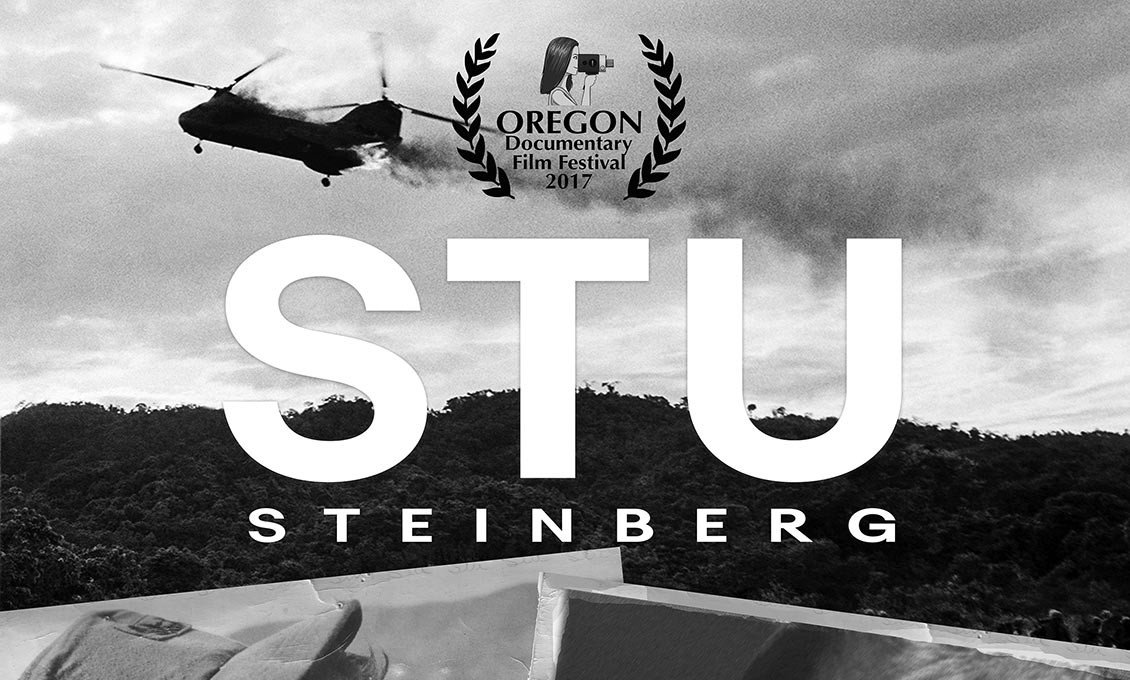 "Stu Steinberg," an original documentary produced by Mediaseam's John Everding and Clay Kempf and directed by Kempf, was selected as "Best Documentary" by the judges at the Oregon Documentary Film Festival last Fall.

In making the announcement, the judges raved, "We were blown away by the story and struggle with PTSD that our veterans are dealing with on a daily basis."

After the award ceremony, festival officials posted an interview with Kempf:

We had an opportunity to catch up with director Clay Kempf for a short interview about the "Stu Steinberg" film's back story.

Why did you think that the Oregon Documentary Film Festival was a good place to submit and screen your film?

“The Oregon Documentary Film Festival was the best place to submit our film because it was shot entirely in Bend/Redmond Oregon.”

What is the title of your film and is there any special meaning to the title?

"Stu Steinberg is a special person who has found ways to get US Military Veterans their benefits and healthcare."

Why did you choose to tell this particular story?

“We chose this particular story because of the huge impact Stu Steinberg has made in the lives of US Military Veterans and with the Oregon Documentary Film Festival exposure it will have many more.”

What camera(s) did you use to during the production of this film? Discuss any advantages or limitations that you may have run into, from an equipment perspective.

“We shot on Red 6k Dragon, Red 4k Scarlet and the Canon 60D. We shot on the Red Cinema Cameras because that was the DP, Clay from the Bay's camera of choice. With Red Cinema cameras the production had a wide arrange of cinematic style possible, whether it be 4K resolution, high frame rates and audio inputs.”

Did anything happen during the production of this film that was very interesting, but never made it on camera?

“There are always interesting things that happen behind the camera, off camera and on camera. I will say this, we have enough coverage that didn't make it on this edit to produce another film as a sequel or part 2.”

How did you fund this film? Did you use crowd funding? Do you have pressure to recoup the production costs somehow?

“We didn't have to do a crowd funding system to fund our film. We were fortunate to have a producer — Mediaseam Cofounder John Everding — who funded our production from beginning to end and contributed to the vision for the project.”

What kind of audience reaction are you getting to this film? Discuss any positives or negatives that you feel comfortable talking about.

“This is our premiere so we have yet to get any feedback. But I anticipate feedback will be a new awareness about the issues our US Veterans have today. Although many don't get proper support or healthcare, with this film fellow veterans and families will see what can be done and has been done to help all US Veterans.”

Do you have plans for a sequel or future film that you are working on? Please discuss.

"We have plans for a sequel/part 2 for this film. There is plenty of coverage that did not make this edit, and we would like to go back and pick up principle cinematography that we were unable to capture on our original shoot.”

You have completed a documentary film, which is a huge achievement. Do you have any advice for a future filmmaker who is about to start a documentary project? Advice that you wish you had been given before you started yours?

"Documentaries have so many unknowns going into production. It is hard to quantify what the end result will be. Having said that, that's the very core of discovery of a documentary subject matter. My advice is to prepare as much as possible, capture capture capture, and sort it out when you get to the editing stage. Most importantly NEVER give up or abandon your goal. It may take longer than expected, but see it to the end.”

(The preceding was edited for accuracy, grammar, and spelling.)