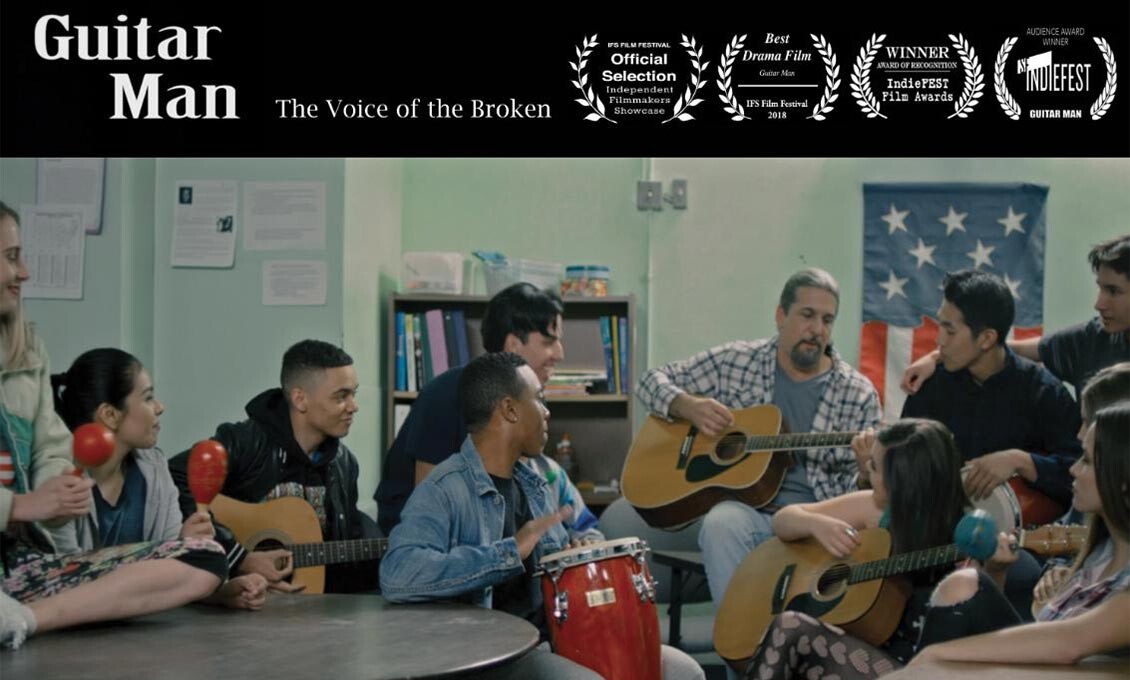 Mediaseam Co-Founder and Director of Photography Clay Kempf is one of only eight international filmmakers to be nominated for "Best Cinematography In A Feature Film" at the North Europe International Film Festival. The winner will be announced at the Festival, which takes place in London February 15-22.

Guitar Man is the story of a "failed" musician ("Buzzy Martin," played by Mark Rhino Smith) who tries to save the souls of at-risk youth and San Quentin prisoners, and along the way discovers the true gift of his music ... and the deeper meaning of freedom. (IMDb)