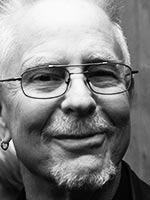 Stu Steinberg grew up in the Washington, DC, area and served in the US Army during the Vietnam era; he was awarded two Bronze Stars and a Purple Heart.

From 1983–2004, he worked as a public defender and capital defense investigator. In 2009-2010, he was a counter-narcotics adviser with the UN Office on Drugs and Crime in Afghanistan, where he helped train the Afghan Border Police for interdiction operations along the Iranian border.

Steinberg lives in the high desert of Central Oregon with his wife, Mona, two horses, three dogs, Katie the Kat and two parakeets. Their son, Jonas, is an IT engineer with SanDisk in Salt Lake.